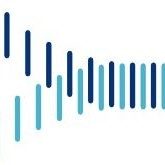 According to legend, 17 people went to Snowbird Ski Resort in Utah in February 2001, desiring to codify a document uniting their various methodologies. What they came up with was the Agile Manifesto.

We are uncovering better ways of developing software by doing it and helping others do it. Through this work we have come to value:

Three sentences and four bullet points upon which countless volumes have been written. Why is it that something so simple has become so transformative?

Let’s answer that question from the inside out. The first thing is those “bullet points,” or four “comparisons” have turned upside down the value system of previous problem-solving philosophies.

Previous to the methodologies which make up Agile, the focus was process and tool-centric. The problem is, it made people adjust to tools instead of having tools serving people. Agile puts people ahead of tools.

Next the Manifesto talks about how it is more importing to have things that work instead of comprehensive documentation. That is not to say that documentation is unimportant. Instead, the implication is to avoid documentation that looks so far ahead that the finished product doesn’t match. In other words, it is better to document what works than what you think will work. Don’t document yourself into a corner.

The third “comparison” is my favorite because it talks about finding out what is needed instead of reading a legal document. The contract would not exist without the customer, and most likely, the customer is not the legal department (unless it’s a law firm). Customer needs are seldom adequately documented through a contract. So, when meeting the need, look at the customer instead of the contract.

The final comparison is also often confused. Change is the plan in Agile. It is a recognition that things change midstream. And if the plan is set in stone before the work begins, the product may be inadequate before it is implemented.

The opening statement, “…uncovering better ways … by doing it and helping others to do it” brings up some broader perspectives. The first is the value of experimentation and empirical analysis. Some of the things brought out may be addressed multiple ways. The goal is to find the best of many ways to solve the problem.

Once we find the best way, be willing to share the knowledge so that other projects benefit from what is learned. In other words, let the feedback influence the decisions. A decision is not final until it is. Or stated a bit more academically, each item in the plan becomes a hypothesis to be proven, again and again, until that item is delivered.

If you’ve followed my blogs, you’ll know that I love to explore things that appear to be simple, but the impact is profound. That is one of the reasons Agile is appealing to me. No matter how much I understand, there are always new lessons to learn, and ways to overcome problems.

And it’s not just for software since Snowbird in 2001. Here is an article by Matt Hilbert published on Red Gate Software. The article traces Agile principles to the manufacturing of WWII fighter jets and the beginning of the Skunk Works.

This site uses Akismet to reduce spam. Learn how your comment data is processed.

This page may contain affiliate links. I may receive commissions for purchases made through links on this page.
I do not promote anything unless I have familiarity with, and am confident in that item.
If you enjoy this content and would like to support this site, please consider purchasing one of the books listed in the reference links below.
%d bloggers like this: